DENVER, Sept. 10, 2021 /PRNewswire/ — As our country remembers the events of September 11, 2001, we also celebrate those who saved lives, and we continue to support the families of those heroes. Twenty years later, we especially remember the children born to those men and women who would never know their hero parents. The rescue efforts of their parents saved countless lives, and left a family legacy that will not be forgotten. 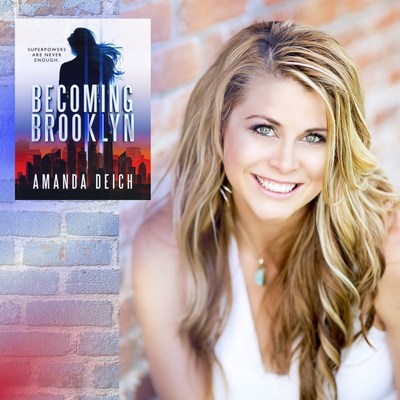 Author Amanda Deich has created an empowering take on where those 9/11 babies could be today, superhero-style in her novel, Becoming Brooklyn.

About Becoming Brooklyn:
Brooklyn never knew her father… or the secrets he died keeping. He died in the attacks of 9/11, four months before she was born. Now 19, Brooklyn learns that he had been a member of an elite military, anti-terrorism task force, made up of a very select group of people who had powers. He used those powers on 9/11 to save as many people as he could.

The Army believes she inherited his same gifts, and suddenly Brooklyn is invited to train at West Point. She and five other 9/11 babies learn to hone their abilities in order to protect our nation. While they‘re training for war, war comes for them.

Becoming Brooklyn does more than just honor our American heroes of the past that stepped into their calling on that day. It is about hope for our future, and facing how these events still affect our lives now and in the future.

Twenty years later, our story as a nation continues and Brooklyns story is just beginning.

«I‘ll be the first to admit then when reading this book, I was a bit nervous. 9/11 is a touchy subject for me; as it is the one day when my timeline is flooded with Muslims trying to defend themselves against a crime they did not commit. We can‘t even participate in remembering the lives lost without being accused of deaths that we were not responsible for. In this book though, Deich deftly handles this topic by giving some very, real horrifying experiences a new dystopian twist. One where there was no mention of «extremist Muslim», nor was it too perversely alluded to. Which was one of the things that made me want to keep reading, and I want to give the author credit for handling this topic with sensitivity.»

«I don’t know if there are any plans for a sequel or series, but I would love to hear more from Brooklyn and see where the future takes her.»

About Amanda Deich:
Amanda Deich is an author out of Littleton, CO. In her non-writer life, she is a teacher and coach to hundreds of kids, and she is a mama to two. If you meet her, she’ll talk Jesus and identity like no one’s business. 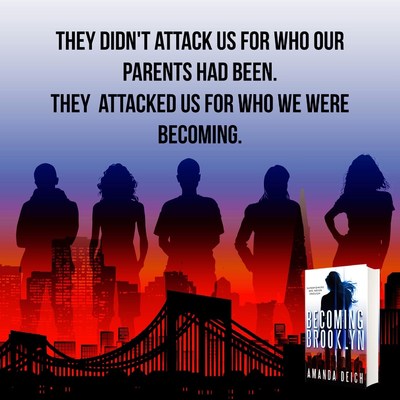