NEW ORLEANS, Aug. 7, 2021 /PRNewswire/ — Denise Herrera of Red Heat Tavern represented the state of Massachusetts and brought back the win from the Great American Seafood Cook-Off in New Orleans on Saturday, August 7, 2022. One of the most prestigious culinary competitions in the United States, the Great American Seafood Cook Off emphasizes the importance of cooking with domestic and sustainable seafood. 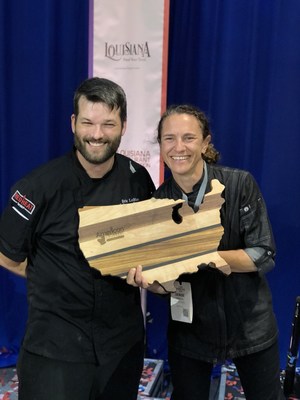 Denise Herrera is the Vice President of Culinary Operations for Burtons Grill and Red Heat Tavern. In 2004, Herrera partnered to help create the contemporary American grill concept and started as the Executive Chef of the first Burtons location in Hingham, MA. She was responsible for developing systems and processes for the operation that focused on the brand’s values, quality, consistency and customization. Burtons Grill LLC currently has 17 Burtons Grill & Bar locations and 5 Red Heat Taverns.

Chef Herrera also serves as the President of the Massachusetts Restaurant Association’s executive board and is active with the Massachusetts Restaurant Association Educational Foundation. She volunteers her time with various associations such as the Boys & Girls Club and works with her Executive Chefs on community outreach events. Chef Herrera was also one of sixteen people selected to participate in the inaugural Culinary Enrichment and Innovation Program, a culinary leadership program from the Culinary Institute of America and Hormel Foods. She helped launch a pilot program, Esperanza Cooks, the recipe for life. This eleven-week program teaches young women not only how to cook, but also how to shop for quality ingredients, plan, and prepare nutritious meals and the fundamentals of teamwork. Denise participated in the UMASS Emerging Leaders Program in 2012.

Herrera started her career with Houston’s restaurants after graduating from Johnson & Wales University with an AOS in Culinary Arts and a BS in Foodservice Management.

The 2021 Great American Seafood Cook-Off was held at the Ernest N. Morial Convention Center in New Orleans on Saturday, August 7. The 17th annual event hosted 13 chefs, each representing their home state or territory in front of a live audience and a panel of nationally acclaimed judges.

During the competition, each chef prepared a dish highlighting the use of domestic seafood while interacting with the live audience, celebrity hosts Chef Cory Bahr – Food Network Star Finalist, Food Network Chopped! Champion, and a former King of Louisiana Seafood – and KLFY TV10’s Gerald Gruenig, and «chef ref» Chef Michael Brewer, also a former King of Louisiana Seafood. Each dish was presented to a panel of nationally renowned judges who scored based on presentation, creativity, composition, craftsmanship, and flavor. The Great American Seafood Cook-Off promotes the quality and variety of domestic seafood found in the United States. The event is held in conjunction with the Louisiana Restaurant Association Foodservice Expo. Tickets are $10 at the door.

Previous winners of the Great American Seafood Cook-Off include: 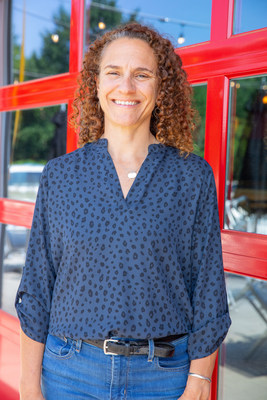 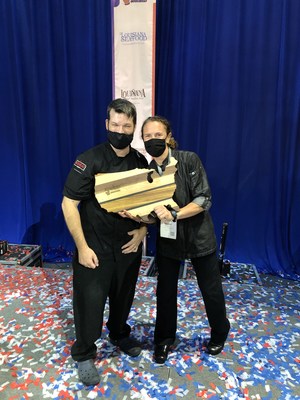 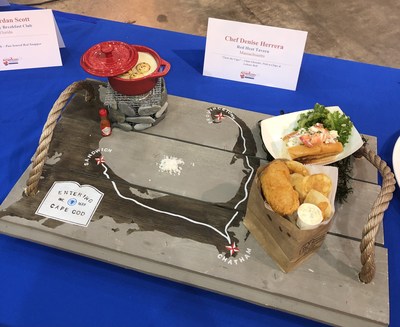 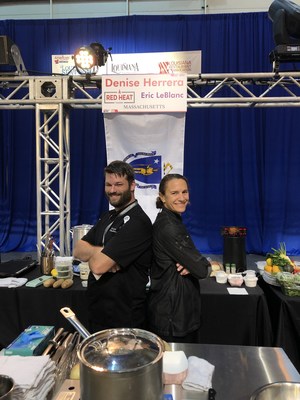