BRASILIA, Brazil, Sept. 8, 2021 /PRNewswire/ — On 8th Sep 2021, Creality officialized a partnership with the Space Robotics Project, which is developed by the Brazilian National Fund for Education Development(FNDE), together with Brasilia’s University(UnB), under the institutional support of Brazilian Ministry of Science, Technology and Innovation(MCTI), through the Brazilian Space Agency(AEB). As the official announcement of this project was in form of live event, the main beneficiary of this project — teachers and students from all over the country joined live. The Chinese Embassy in Brazil also sent their representative to witness this grand live event about helping the local children chasing their space dreams through 3D technology.

A company that devoted itself into public welfare 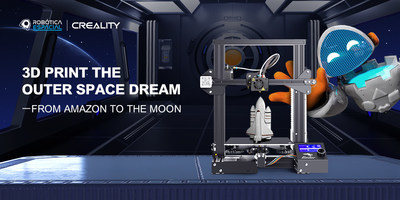 The company has now grown as a well-recognized brand that has more than 1.6 million users around the world, the annual shipment exceeds 1.2 million pieces, and the growth never stops. With over 1000 professional R&D members and over 100 core patents of independent intellectual property rights, Creality is still not satisfied.

Not satisfied with only being as a business giant, Creality is building for a greater dream, its mission explained well on this point — Create Reality, Achieve Dreams! — as a mission always bearing in mind, passing on the spirit as an evangelist, facilitating people to enjoy the convenience of 3D printing technology.

The Interesting Space Robotics Project Will Travel Over 11,000Km, Cover 150 Cities in Brazil

The whole project will last 4 months from Aug to Dec. 250 schools in 150 cities across the country will receive the 3D printers sponsored by Creality, and more than 25 schools will be visited by the TECNOMOB unit, a truck transformed into a mobile lab. In the course, each participating school receives licensees to utilize the educational platform, to be downloaded in the students cellphones, computers or tablets. With this fully interactive tool, the students learn how to assemble their own robots, in the device’s screen, also learn about NASA’s Artemis Mission, which serves as background for the robotics teaching APP. 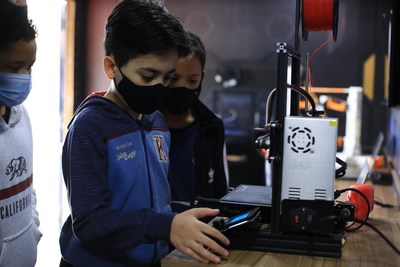 Due to the lack of machines and education, 3D technology is still a remote area in most countries, though it is promisingly listed as a critical technology that can change the whole world. This is exactly what Creality is pursuing when carry out public benefit activities. Over the past 7 years, Creality have made no bones about popularizing 3D printing technology for young people around the world, helping underprivileged students in any way they can, printing prosthetic limbs for children who have limb difference in Africa, and opening the doors of design for young designers. As a technology innovation enterprise, Creality has been transmitting 3D printing technology in the spirit of evangelists, so that every household can enjoy the convenience brought by science and technology.

So far, Creality’s 3D printers have already got good reputations among its users, the brand is also quite in favored by most of 3D printing lovers. However, the principal of helping more people in need never stops. Space Robotics project in Brazil is only a start. In the future, Creality would like to work with any organization from any country to pass along the public welfare spirit, as well as popularizing 3D technology to create a better world.

Gerdau Graphene Presents Its Chief Technology Officer (Europe And Asia), Based On Its R&D Center At The University of Manchester