LONDON, Aug. 12, 2021 /PRNewswire/ — DAZN, the leading global sports streaming platform, will broadcast next week’s prestigious Women’s International Champions Cup (WICC) live in over 120 countries and territories worldwide. Moreover, the tournament – which features four of the most winning European and American club teams in the history of the sport, and includes many players that have just returned from Tokyo with shiny new hardware around their necks – will also be made available for free in those markets on DAZN’s new YouTube channel dedicated to women’s football.

NWSL powerhouse Portland Thorns FC will host the tournament and face off on Aug. 18 in an all-American clash against the formidable Houston Dash at Providence Park in Portland, Oregon. Meanwhile that same day, the new queens of Europe, FC Barcelona – winners of the 2021 UEFA Women’s Champions League – take on the most successful women’s club team in history and reigning WICC champ, the star-studded French giant Olympique Lyonnais.

This will set up an electric Europe vs. USA final on Aug. 21, with the winners of the first two matches battling it out for championship glory and to be named World’s Best Club.

The full schedule of events is as follows, with all four matches available both live and on demand on DAZN and DAZN’s new women’s football YouTube channel:

«We are thrilled to have secured the rights to the Women’s International Champions Cup, which features two of the best teams from the National Women’s Soccer League going up against two fierce rivals from the UEFA Women’s Champions League,» said James Rushton, Co-CEO, DAZN Group. «At DAZN, we are deeply committed to growing women’s football and women’s sport overall by bringing more visibility to elite competitions, such as the WICC, than ever before; that’s why making next week’s tournament available on DAZN as well as on YouTube for free was a no-brainer, to reach even more existing and new fans alike with what’s sure to be two epic days of action.»

The WICC will be available live and on demand with English language commentary as well as French and Spanish commentary for those respective matchups. Fans can tune in on DAZN and DAZN’s YouTube channel in more than 120 markets across Europe, North America, Asia, and Africa. The full list of territories can be found here.

Fans can sign up for DAZN at www.DAZN.com or by downloading the DAZN app on a wide range of connected devices, including smart TVs, PCs, smartphones, tablets and game consoles.

DAZN Group is one of the fastest growing sports media companies in the world. Headquartered in the UK and with employees in over 25 countries, our businesses touch every aspect of the way fans engage with sports; from production, through to content distribution and commercialisation. DAZN Group is home to DAZN, the leading global sport destination, as well as the popular sport portal, DAZN News. DAZN is leading the charge to give sports fans around the world access to sport anytime, anywhere. DAZN guarantees affordable access on most connected devices including smart TVs, set-top boxes, streaming sticks, smartphones, tablets, PCs and game consoles. DAZN is now live in more than 200 countries and territories after first launching in Germany, Austria, Switzerland and Japan in 2016. Visit https://media.dazn.com for more information.

Relevent Sports Group (RSG) is the premier soccer events and media business in North America and Asia. RSG operates the International Champions Cup, the summer’s largest men’s club tournament featuring the world’s best teams in iconic venues, the WICC, and ICC Futures, a youth tournament for the top clubs in the world. Regarded as one of the most influential privately-owned soccer companies internationally, RSG is focused on expanding its footprint, creating a year-round soccer platform including new digital properties and the first-of-its-kind joint venture with LaLiga to promote soccer in North America. 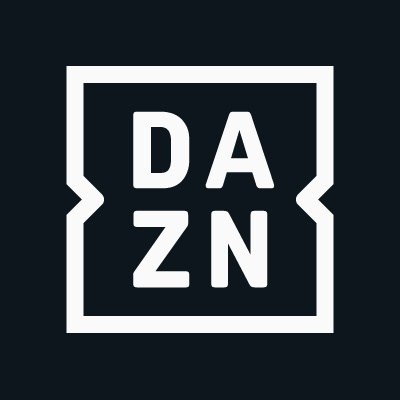