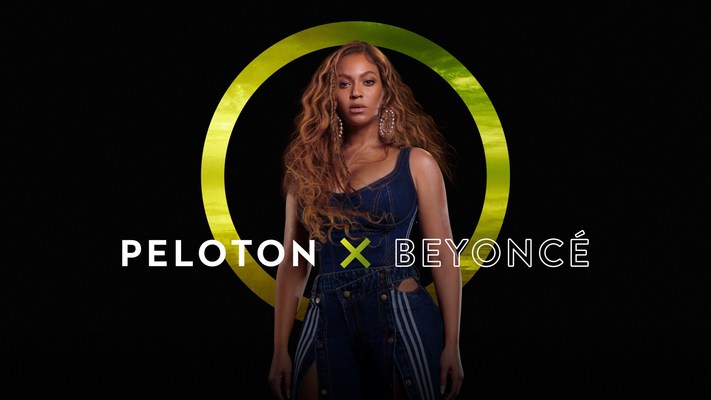 The newest chapter of the iconic Peloton x Beyoncé Artist Series explores the relationship between our inner and outer power, how we harness motivation and source our strength with inspiration from the world around us, and from within. Members will be motivated to expand their minds and challenge their bodies to the iconic Beyoncé tracks that make their inner power shine. With her trademark strength and intention, Beyoncé emboldens the Peloton community and beyond to find their own purpose from the world around them, come together in the spirit of inclusivity and step into their individual definition of power.

To complement the live programming, daily on-demand classes will allow members to curate a well-rounded Peloton x Beyoncé experience at their own pace and convenience across nine modalities including Cycling, Tread, Tread Bootcamp and off-equipment offerings such as Strength, Barre, Stretching, and an Outdoor Run and Walk — making the series accessible for anyone with no hardware necessary. This powerful lineup will include classes in three languages, English, German and Spanish, a first for Peloton. The global event kicks off with a Two-for-One Ride live from the new Peloton Studios London. Every Peloton x Beyoncé Artist Series class can be accessed on the Peloton App which new Members can try for a free 30-day trial period.

«The Beyoncé Artist Series allows you to mentally draw deeply from internal and external places of power and this is the soundtrack that will transport you,» said Peloton’s Head of Music Gwen Bethel Riley. «We are honored to have designed a new series of classes that elevate movement and music on the Peloton platform. This empowering message will motivate our community to show up for each other and for themselves.»

For more information and to see class schedule updates visit:https://blog.onepeloton.com/beyonce-collaboration/.

About Peloton
Peloton is the leading interactive fitness platform in the world with a loyal community of more than 5.9 million Members. The company pioneered connected, technology-enabled fitness, and the streaming of immersive, instructor-led boutique classes for its Members anytime, anywhere. Peloton makes fitness entertaining, approachable, effective, and convenient, while fostering social connections that encourage its Members to be the best versions of themselves. An innovator at the nexus of fitness, technology, and media, Peloton has reinvented the fitness industry by developing a first-of-its-kind subscription platform that seamlessly combines the best equipment, proprietary networked software, and world-class streaming digital fitness and wellness content, creating a product that its Members love. The brand’s immersive content is accessible through the Peloton Bike, Peloton Tread, Peloton Bike+ and Peloton App, which allows access to a full slate of fitness classes across disciplines, on any iOS or Android device, Apple TV, Fire TV, Roku TVs, and Chromecast and Android TV. Founded in 2012 and headquartered in New York City, Peloton has a growing number of retail showrooms across the US, UK, Canada, Germany and Australia. For more information, visit www.onepeloton.com.

About Parkwood Entertainment
Parkwood Entertainment is a film and production company, record label and management firm founded by entertainer and entrepreneur, Beyoncé in 2010. With offices in Los Angeles and New York City, the company houses departments in music, film, video, live performances and concert production, management, business development, marketing, digital, creative, philanthropy, and publicity. Under its original name, Parkwood Pictures, the company released the film Cadillac Records (2008), in which Beyoncé starred and co-produced. The company has also released the films Obsessed (2009), with Beyoncé as star and executive producer, the winner of the Peabody Award for Entertainment, Lemonade (2017), the Emmy®-nominated Homecoming: A Film By Beyoncé (2019), which documents Beyoncé’s history-making performance at the Coachella Valley Music & Arts Festival in 2018, and the Emmy®-winning Black Is King (2020). Parkwood Entertainment produced The Mrs. Carter Show World Tour (2013-2014), The Formation World Tour (2016), and the aforementioned «Homecoming» performances at Coachella (2018) and co-produced the ON THE RUN Tour (2014) and ON THE RUN II (2018).

Sports Nutrition Market Worth US$ 75 Bn by end of 2027, Says Coherent Market Insights

Overview of the European Carbon Fiber Market 2021: Surge in Demand from Automotive and Aerospace Applications