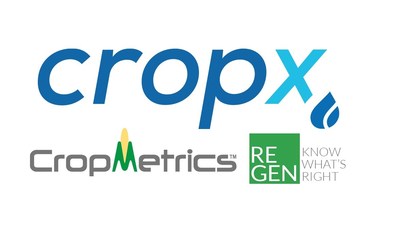 PepsiCo has set a number of interconnected goals that aim to contribute to its positive water impact, designing its efforts and partnerships to enable long-term, sustainable water security for its business, and setting the ambitious goal of 15% water reduction by 2025. As part of this effort, CropX collaborates with PepsiCo Mexico (PepsiCo’s largest operation in Latin America) to help the producers supplying the potatoes used for its products reduce the water used for potato production.

CropX ran pilot tests in partnership with PepsiCo Mexico of the sensors and technological solutions offered by CropX, with the objective of demonstrating reductions in water used for potato production under drip and pivot irrigation. CropX’s sensors were deployed across several fields owned by two farmers supplying PepsiCo. The data collected by CropX’s sensors was monitored continuously throughout the season and the actionable insights generated by CropX’s algorithms helped the farmers make science-based decisions. To demonstrate the benefits of sustainable agriculture using state-of-the-art technologies, PepsiCo compared the results of the ‘Best Ag Practices 4.0’ plots vs. the control group, where the farmers used standard practices. The results were significant – ‘Best Ag Practices’ plots where CropX tech was used achieved higher yield, while applying 15% less water and less fertilizers, compared to the control group. The combined water and fertilizer savings had also curbed down greenhouse gas emissions significantly.

«We strongly believe Digital Agro technologies will unlock greater value in the farm system and will become a key enabler in the sustainability journey. We have developed an ambitious digital strategy for México and LATAM aimed at increasing the efficiency across the agro supply chain and reducing the use of resources such as water. In México, the water crisis poses major challenges; that is the reason we are piloting and deploying digital technologies to save water while improving yields» said Servando Valdez, Agro Director Lead for PepsiCo México,

«Water scarcity in Mexico is severe, and with an ever-increasing demand, combined with the fact that agriculture accounts for almost 78% of water use, certain cities in Mexico risk being void of water. «With PepsiCo using CropX’s data-driven soil management platform in large scale we have the opportunity to make a huge impact and to significantly improve water-use inefficiency and soil health for potato production in Mexico.» said Matan Rahav, Director of Business Development at CropX. «The collaboration with PepsiCo will help the Mexican potato farming industry become more efficient and sustainable. We’re very excited to have partnered with one of the world’s leading food corporations which has committed to help tackle some of the world’s most pressing challenges.»

Producers working with PepsiCo Mexico can now get the benefits of CropX sensor technology and artificial intelligence software – from money savings by irrigation and fertilizer efficiency and higher yields by optimizing water usage, to the peace of mind that comes from maintaining the ideal environment and growing conditions for crops. Together, PepsiCo and CropX will empower Mexican potato producers to improve farm management practices.

CropX is an AgAnalytics whose vision is to revolutionize & automate the farm and the decision-making process by combining above-ground data sets with real-time soil data measured by proprietary in-house-developed soil sensors that transmit the data to a cloud-based platform, and analyzed by AI-based algorithms, to provide insights & automations via the CropX app.

serving over 3,500 paying customers with almost 10,000 installations since its launch in 2017, CropX has demonstrated over 50% water savings across different crop types, with 20% yield increase. Backed by a world-class syndicate of strategic partners & investors and having raised over $20M in funding rounds including a recent B-round, CropX is determined to continue its global expansion, acting as the Big-Data North star for the entire global AgFood value chain.

PepsiCo products are enjoyed by consumers more than one billion times a day in more than 200 countries and territories around the world. PepsiCo generated more than $64 billion in net revenue in 2018, driven by a complementary food and beverage portfolio that includes Frito-Lay, Gatorade, Pepsi-Cola, Quaker and Tropicana. PepsiCo’s product portfolio includes a wide range of enjoyable foods and beverages, including 22 brands that generate more than $1 billion each in estimated annual retail sales. Guiding PepsiCo is our vision to Be the Global Leader in Convenient Foods and Beverages by Winning with Purpose.

Agi creates Agi Inc. and announces former Treasurer of the United States as a Senior Advisor