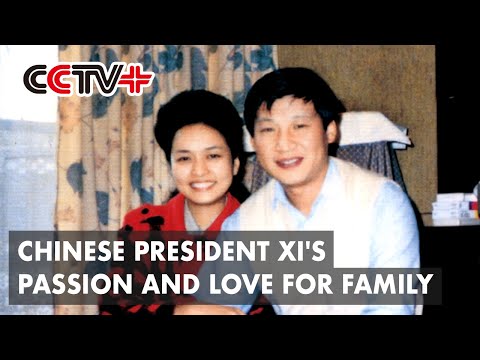 Saturday marks the Qixi Festival, or the Chinese Valentine’s Day, a day when Chinese couples stay together to celebrate their relationship and strengthen family bonds.

Chinese President Xi Jinping and his wife Peng Liyuan place great values on their family. Xi has, on many occasions, stressed the interconnectedness between families and the country, calling on people to value their families and dedicate themselves to the country.

Xi and Peng have spent more than three decades together, always loving and respecting each other.

The couple first met in 1986. Back then they fell in love at first sight and got married the next September.

Wang Jinshui, Xi‘s colleague at that time, recalled that they did not hold a wedding ceremony, only inviting some friends for a light meal.

Simple as their wedding was, the couple’s love for each other never faded. Both of them were busy with work, but they tried their best to care and support each other. «I call my wife at least once a day.» he told the host in an interview.

Xi‘s love and respect for Peng can be seen from many details. The couple have worn matching outfits on various occasions.

On Dec. 31, 2020, when Xi made his new year speech at his office, photos of Peng and his family members were seen on the bookshelf behind him.

On the eve of the Spring Festival in 2015, Xi Jinping visited Liangjiahe in Shanxi Province, where he had been working as a farmer for nearly seven years. He introduced Peng Liyuan to the local residents, «This is my wife,» using the local dialect.

On Nov.18, 2014, Xi boarded the icebreaker Xuelong. After he entered through the cabin door, he turned around to help Peng through.

In June 2015, Xi shared a piece of cake with Peng during their visit to a local family in Costa Rica.

In September 2014, Xi and Peng enjoyed time together on a swing in Gujarat, India.

«We should not let our true love be cut off by long distance; neither should we forget true love amid our busy life and neglect true love during our hard working day and night,» Xi once said.