LOS ANGELES, Aug. 26, 2021 /PRNewswire/ — An ambitious project on a shoestring budget has made its way from a one-bedroom apartment in Australia, to the red carpet in Los Angeles. Directed by Shaun David Barker, produced by Rhino Punk Media, the music video for Diamonds is an official selection in the critically acclaimed film festival DANCES WITH FILMS (DWF:LA) celebrating its 24th year. 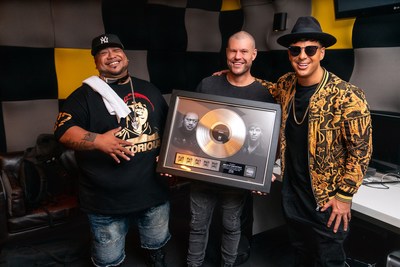 Multi-platinum DJ, Timmy Trumpet, was in the middle of a North American tour with Steve Aoki when the pandemic struck. The following day he was one of thousands scrambling for the next plane out of LAX as the world headed into lockdown. 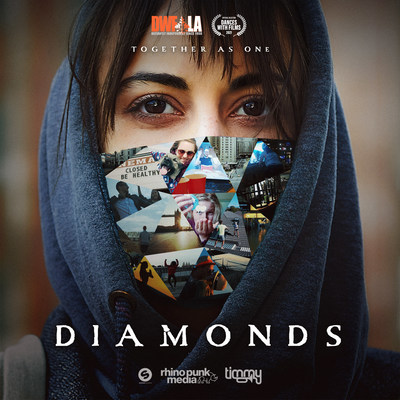 A week later, Timmy livestreamed from his humble apartment in Sydney. Usually accustomed to gigantic festivals like Tomorrowland and EDC, some staging alterations were in order. C02 cannons were replaced by air freshener cans, pyrotechnics with birthday cake sparklers.

The set clocked more than 10 million streams online, becoming one of the most viewed performances of the year.

«Timmy opened the set on Diamonds, and it was the first time anyone had heard it. Then he said the words «from my home to yours, welcome» and the idea hit me in an instant» says Director, Shaun David Barker.

‘Diamonds’ was the first official video to be filmed and directed entirely in isolation. The project captured an experience that will forever be unique to our generation.

The music video is an inspirational undertaking of multi-cultural digital unity. With the help of Timmy’s fans, footage was shot by over 500 contributors in 40 countries via Zoom, Facetime, and DM’s.

«The Diamonds video perfectly captures what our industry is all about. People coming together and spreading good vibes even in the hardest of times.» – Dimitri Vegas (2 x World #1 DJ)

A team of producers worked tirelessly around the clock. The final product took an astonishing 11 days to produce on a $6,000 micro-budget.

«In a time where isolation and darkness felt overwhelming the video truly demonstrated the universal power of dance to unite and bring joy to all during the pandemic.» – Jacob Merlin (CMO, 1001Tracklists)

«An uplifting reminder of what we’ve all been missing!» – Martin Carvell (Managing Director, DJ Mag)

The film festival opens with The Art of Protest, that examines the intersection of the art, music and protest worlds. Financed by rocker Dave Navarro(Red Hot Chilli Peppers/Jane’s Addiction), it includes interviews with Tom Morello, Shepard Fairey, Moby, Pussy Riot and others.