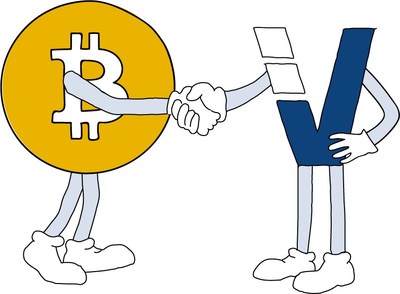 Since its launch as a hard-fork split in November of 2018, Bitcoin SV has been embroiled in controversy over its security and BSV advocate Craig Wright’s controversial claims that he is Bitcoin’s pseudonymous inventor Satoshi Nakamoto and that Bitcoin SV adheres to the original whitepaper, while Bitcoin itself does not.

The Switzerland-based Bitcoin Association identified four recent large reorganizations on BSV starting on June 24, 2021, which may have been executed to perform double-spend attacks. A 51% attack against Bitcoin SV can be executed today for approximately $5000/hr using readily-available hashrate rental markets like NiceHash.

As a result of the recent BSV reorganizations, the low cost of attacking BSV using rented hashing power, and the centralization of over 80% of BSV’s mining power in a single pool, many exchanges suspended BSV deposits and trading.

«Bitcoin SV uses the same mining algorithm as Bitcoin, but is secured with less than 1/200th of Bitcoin’s mining power, making it an easy target for 51% attacks,» explained VeriBlock Co-Founder and Chief Technical Officer Maxwell Sanchez. «VeriBlock’s Proof-of-Proof algorithm follows the same core principles of Decentralization, Trustlessness, Transparency, and Permissionlessness («DTTP®«) that make Bitcoin so profound, and Bitcoin SV can leverage PoP to inherit Bitcoin’s full security to protect itself against these types of attacks.»

VeriBlock engineers are currently working on integrating their PoP security technology into the Bitcoin SV codebase, and will announce public testing of PoP-enabled BSV in the future. If adopted, Bitcoin SV users (including exchanges and payment processors) would be able to use VeriBlock’s Bitcoin Finality Indicator («vBFI») real-time security technology to confirm BSV transactions with the same security guarantee as if they were on Bitcoin.

Bitcoin SV developers or community members interested in learning more about VeriBlock or testing PoP-secured Bitcoin SV, can reach out to hello@veriblock.com.

About the VeriBlock Foundation
The VeriBlock Foundation is a Cayman Islands nonprofit committed to increasing awareness and adoption of the VeriBlock Blockchain and its Proof-of-Proof security protocol. VeriBlock inherits security from Bitcoin in a completely Decentralized, Trustless, Transparent, and Permissionless («DTTP®«) manner, following the same attributes that made Bitcoin great, and allows any other blockchain to reinforce their existing security with the full Proof-of-Work power of Bitcoin in the same manner. 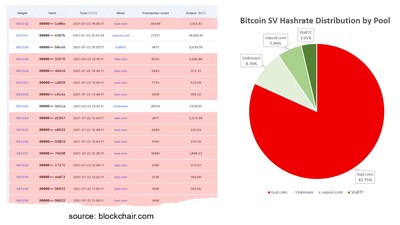