LOS ANGELES, Aug. 3, 2021 /PRNewswire/ — Xenomorph films options «Japanese for Baseball» by Ray Keller. Based on true events, «Japanese for Baseball» is set in 1943 rural Colorado and focuses on a resourceful teenager’s high school baseball team that is short on players and his recruitment of players from a nearby Japanese internment camp. When the town’s violent, racist mayor finds out, nobody is safe. The script is an indirect way into the story of the imprisonment of Japanese American citizens during WWII, focusing on the story of a baseball team learning how to overcome the racism and cruelty entrenched in the culture and laws, highlighting America’s moral failures. 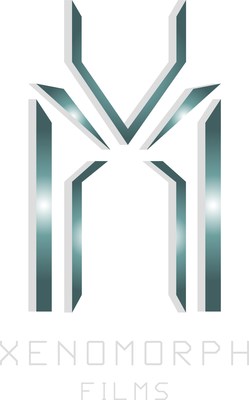 «This script ‘Japanese for Baseball’ is based on events from my dad’s teen life in rural Colorado playing baseball while living near a Japanese internment camp,» says writer Ray Keller. «It’s a very powerful story from the past that echoes in events driving today’s headlines. I’m very excited to work with Alex and his team to see this narrative realized on film for all to experience.»

«When first presented the opportunity to read Ray’s script, I read it three times in a row. This is an A-list story that will attract A-list filmmakers. The chance to help tell this story, based on true events from our nation’s past, is a blessing» says Alexander English, Jr.  «During a time when many members of the Asian American community have shouldered an increase of hate incidents, this story is especially important.»

The deal is an exclusive option held by Xenomorph Films that gives the company licensing rights for the foreseeable future.

About Ray Keller
Dedicating his life to examining social ills and crafting them into interesting, entertaining, and sometimes humorous stories, Ray Keller, a Nicholl and Page semifinalist screenwriter and filmmaker, founded Generosity Films after a career in engineering. In 2004, in an attempt to understand the various ways people, including himself, viewed the issue of homelessness, he began writing his first script («Generosity»). After that experience, he was hooked. Other scripts examine important social ills like; income inequality (in «The One Percent»), overreaching government surveillance (in «National Insecurity»), the beauty-obsessed social media culture (in «Our Ugly Baby»), toxic corporate environments (in «Mr. Sabotage»), and racism (in «Japanese for Baseball»). Ray has written, directed, and produced a feature film, several short films, has written dozens of award-winning screenplays and is dedicated to telling interesting stories on film.